Short sales have dropped significantly this year in Meridian by about 49%. In total, there were 306 short sales last year compared to only 144 sold to date in 2013. Short sales peaked last year in May at 38, and then dropped to their lowest in the last couple of months; 6 in October and 7 in November. The significant decline started last fall and continued to decrease with various peaks, but started to fall dramatically in the late summer of ’13. 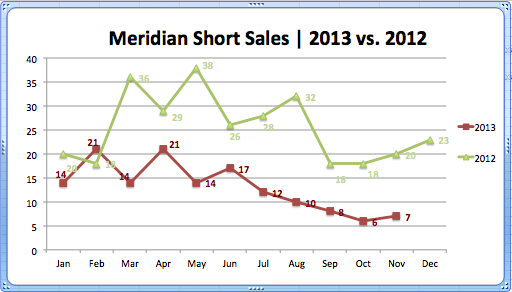 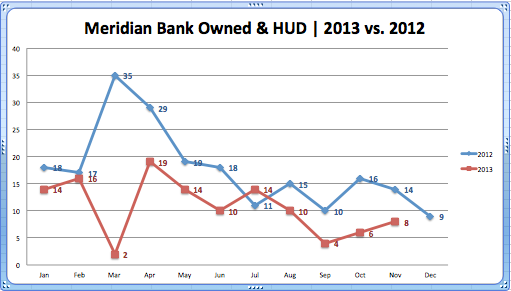 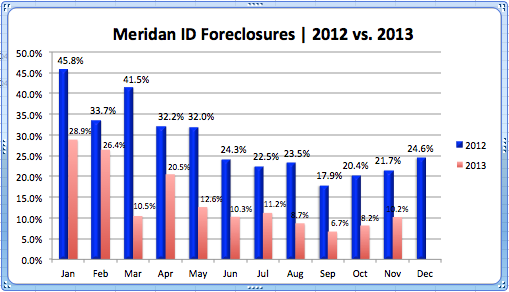 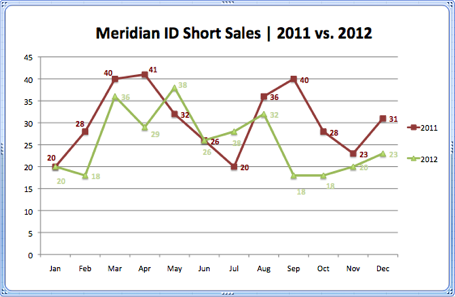 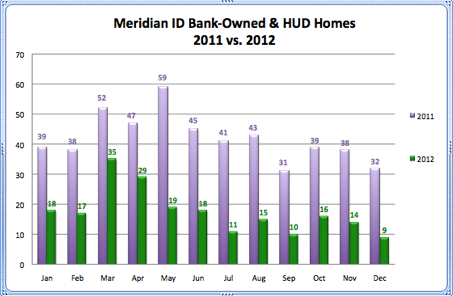 The number of Meridian ID short sales has gone down compared to one year ago.  In fact, according to the chart below, most months this year have either been under or posted the same number as in 2011, with a couple exceptions.  For example, during the month of July there were 28 short sales; there were 20 in July 2011.  Still, last year there was an average of 30 short sales in Meridian each month.  And while the year isn’t quite over yet, the average for 2012 is 26. 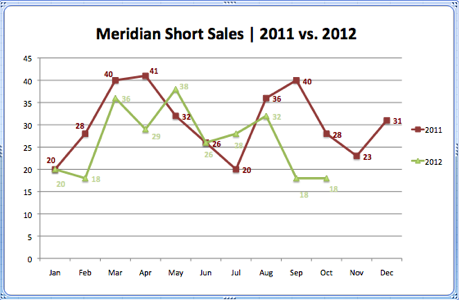 While data shows Meridian ID short sales have gone down compared to one year ago, these  types of sales exceed Meridian bank-owned and HUD properties.  The graph below shows that most months had similar numbers, except for the summer months.  It’s interesting to point out, though, that foreclosure sales were significantly down compared to traditional sales. 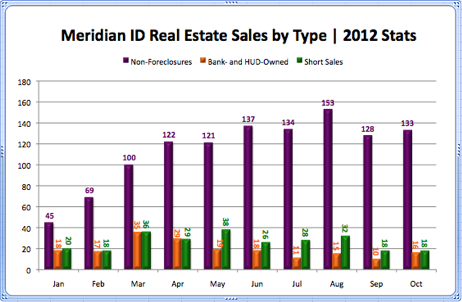 The foreclosure market share is also significantly smaller because Meridian ID short sales and bank-owned homes have slowed since 2011.  You can see that since the month of June, foreclosures have consistently made up less than 25% of total sales.  Those are numbers we haven’t seen since IMLS started collecting data in 2009. 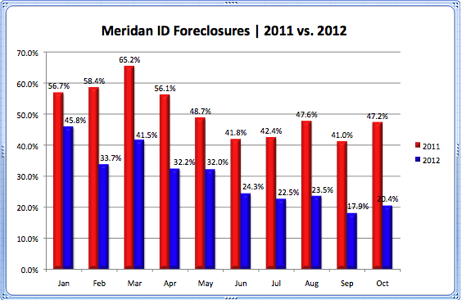 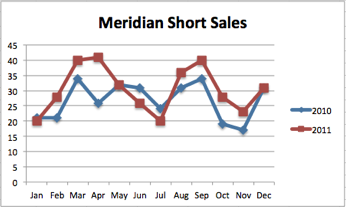 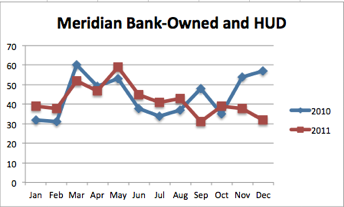 The market share of Meridian Idaho short sales and bank-owned properties (foreclosure properties) for 2011 were above 50% for January through April, dropping below 50% in May  2011 for the first time since November of 2010.  The percentage of foreclosures stayed below 50% from May through the remainder of the year. 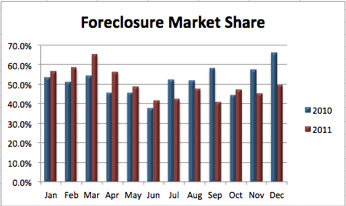 This trend in bank-owned and short sales in Meridian Idaho is dramatically illustrated in the graph below. As can be seen, beginning in May 2011, non-foreclosure sales vastly outnumbered foreclosures, sometimes by more than double. 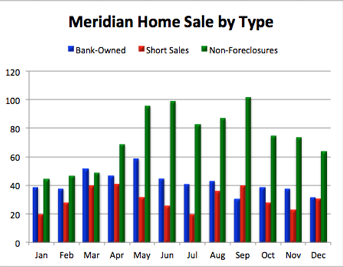